Take your culinary skills to the next level and learn how to use a sous vide cooker. Whether you’re an amateur cook or a seasoned chef, this cooking technique is a game-changer.

What is Sous Vide Cooking

Sous vide is a cooking method used at many high-end restaurants around the world. Sous vide means “under vacuum” in French. According to Anova Culinary, it is ”… the process of vacuum-sealing food in a bag, then cooking it to an exact temperature in a water bath.“

Not long ago, only professional chefs in high-end restaurants could cook using sous vide. Lucky for us, that is no longer the case.

There are two basic types of sous vide machines.

Portable sous vide cookers are much smaller than the counter-top version. Similar in size and shape to that of a rolling pin, the compact sous vide cooker doesn’t require counter space when not in use.

A portable sous vide cooker can easily be stored in a cupboard or a drawer when not in use.

Today there is a large selection of sous vide machines available. You can find many different brands and models, some for under $75.00.

Why Use a Sous Vide Cooker?

There are many reasons why you want to learn to cook sous vide. Have you ever turned a delicious looking piece of beef into something that more resembles shoe leather?

Or have you ever overcooked a beautiful salmon filet until it was dry, flavorless, and virtually inedible? Then sous vide cooking could be for you.

You will impress your family and friends when you serve them perfectly cooked, restaurant-quality food. No longer will you overcook or undercook your food using sous vide.

You have complete control of the final temperature of your food with sous vide. With precise temperature settings, your food cooks to just the exact level of doneness that you desire.

Want your beef medium rare? No problem. Just consult the time and temperature chart for medium-rare beef, and set the machine.

You can cook anything to perfection using sous vide. Chicken, fish, pork, vegetables, and many other delicious foods won’t be a let-down as many other cooking methods are.

Which Model is Right for You?

Now you may be wondering which sous vide model is best for you? Most home chefs will find that the portable model will fit their needs for several reasons.

For these reasons, we like portable sous vide machines.

One machine in particular that we like is the Anova counter-top model.

The counter-top model’s advantage is that it is all one piece. The water container, heating element, settings, and control panel are all in one unit.

How to Use a Sous Vide Cooker

The Anova portable sous vide machine is shaped like a metallic cylinder about 18 inches long. The controls are on top of the unit.

To use the portable sous vide machine requires a separate container for the water bath. A relatively large, heat resistant plastic or glass container will do. A large pot will also work.

Insert the unit into the water and attach it to the side of the container. The set the desired time and temperature. The machine begins to heat the water.

Prepare the food with any seasoning or marinade. Put the food in a Ziploc bag big enough to seal. Squeeze as much of the air out of the Ziploc as possible.

Once the water reaches the proper cooking temp, place the bagged food in the water.

At this point, there’s nothing else for you to do until the cooking time has elapsed.

The Anova Culinary AN500-US00 Sous Vide Precision Cooker meets all of our requirements.

It is affordable, sleek, and has all the features you could want in a sous vide cooker.

Some of the new features include more power, which means faster heat times. There is an app you can get for your sous vide cooker on your phone. This allows you to monitor and control your food even when you are away from home.

Unlike other cooking methods, with sous vide you rarely overcook your food. There are a few exceptions. Certain things like fish, shrimp, lobster, and a few other types of foods and kinds of seafood can be overcooked if left too long.

We liked having the ability to control and monitor the sous vide machine when you are away from home. This is a great feature. No matter where you are, you can keep tabs on your food.

If this style of cooking is new to you, you might think it’s all a bit strange, cooking food in bags in water. Well, you’re right, it is a little odd. But sometimes strange can be fun and tasty too!

With just a little knowledge, a sous vide cooker and a little practice, you can turn out food that your friends and family will rave about! 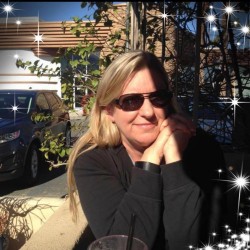 CJ Bentley
"Don't let anyone rob you of your imagination, your creativity, or your curiosity. It's your place in the world; it's your life.”
~ Dr. Mae Jemison, Engineer, Physician, and NASA Astronaut

Latest posts by CJ Bentley (see all)
About CJ Bentley 34 Articles
"Don't let anyone rob you of your imagination, your creativity, or your curiosity. It's your place in the world; it's your life.” ~ Dr. Mae Jemison, Engineer, Physician, and NASA Astronaut

This site uses Akismet to reduce spam. Learn how your comment data is processed.

Simply Wonderful Buys is a source of informative, thought-provoking product reviews, gift ideas, and general unsolicited advice. We explore tips, trends, and insights, presented in a sassy, fun, and engaging way.  Primary writers are Susan and CJ but frequently sponsor a guest shinanigator to keep perspectives fresh and cheeky. Have fun!